"The Lost 45s with Barry Scott" – Something Old Is New Again

Terrestrial radio may be in a crisis. MP3 technology has saturated our lives, and Satellite radio has begun its quest to do to terrestrial stations what cable has threatened to network TV. Ironically, the future of terrestrial radio may lie in its past. What could save radio as a viable medium is for it to give to its audience what they can’t get anywhere else: #1 hit music that is likely not to be on your MP3 player, and the stories and interviews to go with it. That future may be in programs like Barry Scott’s The Lost 45s.
HISTORY OF THE LOST 45s
***
If you happened to have been surfing the radio dial on any Sunday night in the last twenty years, you’d be likely to come across exactly one station playing ABBA, KC & The Sunshine Band, or Captain & Tennille. Although the location on the dial has changed many times, the distinctive and slightly raspy voice has not. Barry Scott’s unconventional radio persona has been a staple on the Boston airwaves since 1981, when he first launched his radio career as a freshman at Emerson College with a one-hour show called The Gold Rush. You had to offer something different to get on Emerson College radio in those days, and no one was playing ‘70s music in the early ‘80s. The most popular part of the show was a 15-minute closing segment called the Lost 45s, when Scott would play then-unheard power pop from the early to mid ‘70s, like The Partridge Family and the Bay City Rollers.

Scott was hired out of college in 1985 as the Promotions & Marketing Director at WZLX, and was given a one-hour time slot from 11pm to midnight on Sunday nights for his show. He tried to take the name The Gold Rush with him, but Emerson said they owned the rights to the name. Scott instead decided to name his new show The Lost 45s. “They actually did me a favor,” Scott recalls, “It’s a much better name.”
The station received such a great response about the show in the first few weeks that ZLX offered to expand the show to 7pm to midnight. “It’s actually been the requirement now when I move,” says Scott, offering that this may be part of the show’s continued success through all the moves. “When people develop a habit, they tend to stick with the habit.” The strategy worked, and Scott has managed to keep his show on the air for decade upon decade, consistently achieving the number one rating in its Sunday night time slot.
In 1992 Scott was let go from WZLX, and within a week was at WBOS. But that too was only for a time. “I always run into problems with this show, it’s just so different, and there’s no room for different in radio,” says Scott. Once again Scott found a new home for the show within a week, this time at MIX 98.5, where he met Vice President of Programming Greg Strassell. “I’m fortunate that I have an enlightened program guy,” says Scott. Strassell has helped to make sure that The Lost 45s has consistently had a home in the years since, and the two have worked together at both 93.7 and at Oldies 103.3, where the show has remained for the past four years. At each station the show has immediately climbed to number one in its time slot.
THE ROTATION
***
So how does Scott decide what to play and what to leave lost? “I don’t decide,” says Scott. “The listeners decide.” The show is all-request, but 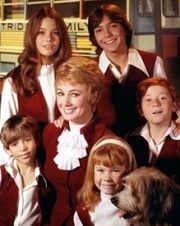 Scott admits he has pushed his favorites until the audience begins to request them. He defines a “Lost 45” as a Top 40 song “that doesn’t get airplay regularly on any other station in town.” Tracks could be from as early as 1965 and as late as 1984, as long as the song is not “too techno.” As a result, the catalogue from which the show’s songs are drawn is enormous. There are over 300 songs a year that hit the Top Forty, and the show covers almost twenty years of music. That means that on any given Sunday, a listener could hear one of over 7000 songs.
The most requested style is what Scott calls early “power pop,” songs from Tony Orlando & Dawn, the Osmonds or Rick Springfield. But besides this foundation, the show continues to be inspired by a broad range of influences. “On radio in the seventies, you could go from Barry Manilow to Kiss to a disco song, to Parliament Funkadelic, to John Denver. And that’s what I do, because that’s the way it used to be.”
THE COLLECTION
***
With between seven and eight thousand songs in the playlist, the Lost 45s boasts the nation’s largest on-air music collection. The collection itself is owned by Scott personally, and the CDs and vinyl records from which the collection is drawn take up an entire room in his home. “It’s been a passion for years,” says Scott. He first started buying vinyl albums as a kid, and his collection soon grew to impressive proportions.
In the ‘80s when CDs first appeared, Scott realized that he was going to have to repurchase all of the music he had previously bought on vinyl, a process which is now nearly complete. There are about 200 songs left in his collection that aren’t on CD, and 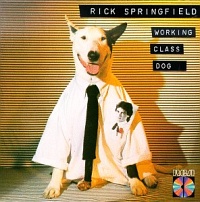 almost all of these are because these songs simply can’t be found on CD. “There’s a reason why most of these songs that are left aren’t on CD anymore,” Scott explains. Many of these songs have not been released digitally due to legal or copyright disputes, ownership disputes, or in some cases they owners themselves have chosen to block their re-release.
Scott says he can’t begin to estimate how much money he may have spent on his collection over the years, but he is pretty sure he isn’t missing anything that hit the Top 40 from during the years the show covers. As a student at Emerson, Scott would hit the used record stores in Boston and Cambridge and buy every rare pop album he could find, but those days are gone. These days, he finds most of his music through Amazon, EBay or Google.
But now a new quest has begun, which is getting all of The Lost 45s library backed up to hard drives, in a common uncompressed file format called WAV. Most songs have also been converted to the popular MP3 format as well. For the show, Scott usually brings in his CDs. “Eventually the vinyl will get stored,” Scott says, “but I’ll never throw them away.”
THE INTERVIEWS
***
But the Lost 45s is more than just a series of once-forgotten and great songs. Much of what keeps fans coming back to the show are the facts and stories around those songs,

Listeners Find A Favorite in "The Lost 45s"

Clea Simon/BOSTON GLOBE Barry Scott has accumulated an odd collection of chart-topping numbers. Not only does he have the songs he plays every Sunday evening on WODS-FM (103.3) - forgotten favorites from such artists as Sweet, Kiki Dee, and Blue Swede that he calls "Lost 45s." He also has some of the most consistent ratings of any longtime Boston DJ: In its 7-Midnight Eastern time slot (also streaming live at his lost45.com web site), his "Lost 45s with Barry Scott" […]

The Lost 45s Never Surrender: The Top 100 of 2017 By Sean Ross/Radio Insight on January 4, 2018 There are three former countdown chart-toppers that listeners to Barry Scott’s “The Lost 45s” don’t even vote for anymore, all from a five year stretch in the late ‘70s/early ‘80s: Abba, “Dancing […]

Barry Scott and his “Lost 45s” Set Standard for Dedication, Longevity and Historical Pop Fundamentalism   radioinfo | March 18, 2014 By Mike Kinosian RadioInfo Managing Editor/West Coast Bureau Chief Universally attributed to the Chinese philosopher Confucius, there is marvelous credence to the adage, “Find a job you love and […]