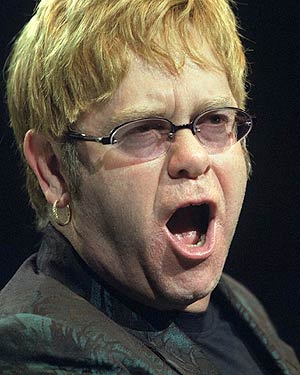 Elton John is to be the subject of a biopic entitled, “Rocketman.” Newspapers and industry websites have reported the film will be produced by Steve Hamilton Shaw, as well as John’s partner David Furnish, according to a Reuters report.
John, whose hits include “Tiny Dancer” and “Goodbye Yellow Brick Road,” will executive produce the film himself while playwright Lee Hall, who collaborated with John on “Billy Elliot,” will draft the script.

A Beatles contract for a 1965 California concert that reveals that the Fab Four refused to play before a segregated audience has sold for $23,033 -- more than four times its estimated price. The contract, which was signed by the Liverpool group's manager, Brian Epstein, specified that they "not be required to perform in front of a segregated audience" for their August 31, 1965, show at the Cow Palace in Daly City, California.