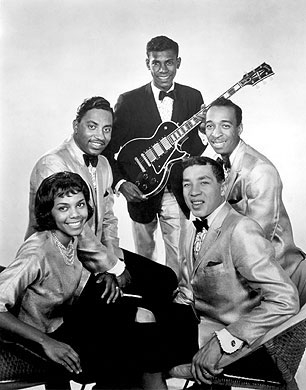 Marv Tarplin, the Motown guitarist and songwriter behind Smokey Robinson and the Miracles, died on Friday at his home in Las Vegas at the age of 70. His cause of death has not yet been determined.
Tarplin began his career at Motown in the late Fifties as the guitarist in the Primettes, a teenage girl group that later evolved into the Supremes. He was drafted into Robinson’s band, where he would go on to write the memorable chord progression at the center of the group’s classic hit “Tracks of My Tears.”

Pop star David Cassidy filed suit on Wednesday against Sony, claiming he was not paid for his image on merchandise from the hit television show, "The Partridge Family," in which he starred. "For nearly 40 years, defendants have swindled Mr. Cassidy out of his rightful share of the profits from The Partridge Family, and when Mr. Cassidy has inquired as to the matter, have lied to him so as to continue to conceal their deception," said the lawsuit, filed on […]