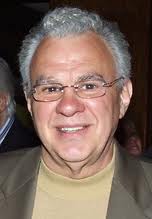 “Lost 45s” guest, Paul Leka, a songwriter and producer who worked with many recording stars but who was best known for writing the chanting chorus of “Na Na Hey Hey (Kiss Him Goodbye),” a No. 1 hit in 1969 that was reborn in the 1970s as a sports arena anthem, died in a hospice near his home in Sharon, Conn. He was 68. The cause was lung cancer, said his brother, George. Mr. Leka made his name in the Tin Pan Alley tradition, writing or arranging songs for other people. He wrote and produced “Green Tambourine,” a No. 1 hit in 1967 for the psychedelic soft-rock band the Lemon Pipers; signed REO Speedwagon to its first record contract; and produced four of Harry Chapin’s albums, including 1974’s “Verities & Balderdash” containing the song that was Chapin’s lone No. 1 hit, “Cat’s in the Cradle.”

Country music legend Loretta Lynn has been hospitalized with pneumonia, according to the Ashland, Kentucky, theater where she was scheduled to perform Saturday night. The Paramount Arts Center posted information about the postponement on its website. A statement posted on the 76-year-old singer's website confirmed the cancellation, citing Lynn's illness. She was released and at home as of October 29th.