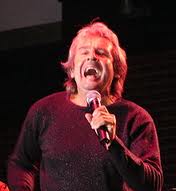 The lead singer of The Monkees, Davy Jones, has died. He died after suffering a heart attack this morning in Florida. Jones was 66. Davy was a guest on “The Lost 45s” numerous times.
Jones is survived by his wife Jessica and four daughters from previous marriages.
Jones joined The Monkees in 1965, with Micky Dolenz, Michael Nesmith and Peter Tork. He will be missed.

Whitney Houston, who reigned as pop music's queen until her majestic voice and regal image were ravaged by drug use, erratic behavior and a tumultuous marriage to singer Bobby Brown, has died. She was 48. Publicist Kristen Foster said Saturday that the singer had died, but the cause and the location of her death were unknown. At her peak, Houston the golden girl of the music industry. From the middle 1980s to the late 1990s, she was one of the […]