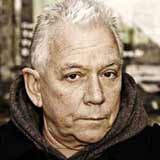 “Til Your River Runs Dry” is the new album from former Animal Eric Burdon, set for release this September. Eric recorded the album in New Orleans across 2010 with further work done in California.
‘I started feeling that I needed to use this album as a catharsis, to express my own truth,’ Eric said in a statement. ‘It took longer than any other album, not because of time spent in the studio, but because of the subject matter of the songs I wanted to put out there,’ Eric explains. The result is a deeply intimate, honest self-portrait as well as unsparing look at religion, politics and the environment.
Eric is listed by Rolling Stone as one of the 100 Greatest Voices of All Time. Bruce Springsteen paid homage to Eric this year. Eric joined Bruce and the E Street Band on stage in Austin to perform “We Gotta Get Out Of This Place. “

With all the bad news that has been occurring this year, it is great to hear that "Lost 45s" guest Bobby Womack has been declared free of cancer. The R&B great and Rock and Roll Hall of Fame member had announced he was suffering from cancer back in March. At the time, Womack had been in the hospital suffering from pneumonia when the colon cancer was discovered and diagnosed as 1st stage, indicating that it was very localized.