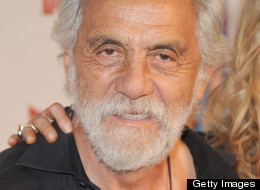 Actor Tommy Chong is battling prostate cancer. The 74-year-old is best known for his stoner-comedy routine alongside Cheech Marin, as the comedy duo “Cheech and Chong.”
Chong was diagnosed about a month ago and that the cancer is currently in a “slow stage one.” He revealed he first noticed symptoms nearly eight years ago during his nine-month sentence at Taft Correctional Institution in California, adding that he believes the prison caused his health to take a turn for the worse.

Nashville police say Bob Welch, a former member of Fleetwood Mac who also had a solo career, has died of a self-inflicted gunshot wound. He was 65. Police spokesman Don Aaron said Welch was found dead by his wife with a chest wound at their Nashville home around 12:15 p.m. local time Thursday. Welch was a guitarist and vocalist for Fleetwood Mac from 1971 to 1974. He formed the British rock group Paris in 1976, and had hits including "Sentimental […]