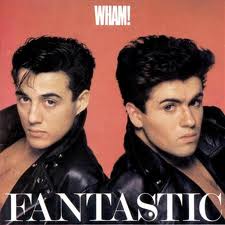 Wham! are reportedly reuniting for a ‘one-off pop extravaganza’ to commemorate the 30th anniversary of their debut hit. George Michael and Andrew Ridgeley announced their decision to split in 1986, but according to British newspaper The Daily Mirror they have decided to reform to mark the special occasion.
The publication says fans should expect a ‘one-off pop extravaganza’ from the musical duo.

Aretha Franklin 'would love to be a judge' on a talent show like The X Factor. The musical legend has been impressed by some of the contestants when she tunes into popular singing competitions on TV. However, she was dismayed that she hasn't been offered a seat on the panel of any of the programmes. Aretha was surprised that iconic stars such as herself and other greats aren't being considered as judges.