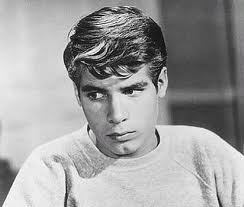 Don Grady, who was one of television’s most beloved big brothers as Robbie Douglas on the long-running 1960s hit My Three Sons, died Wednesday. He was 68.
His My Three Sons co-star Barry Livingston, who played youngest brother Ernie, confirmed Grady’s death to The Associated Press. Livingston said Grady had been suffering from cancer and receiving hospice care at his home in Thousand Oaks, Calif. But the exact cause and place of death were not immediately clear.
Born in San Diego as Don Louis Agrati, Grady had a brief stint singing and dancing on The Mickey Mouse Club starting at age 13. As a musician, he had a “Lost 45” called “Yellow Balloon” with his band Yellow Balloon.

Dolly Parton worries talent show stars 'blow out' too soon. The country music star has nothing against artists who get their big break by appearing on shows such as The X Factor or American Idol. However, she is concerned that their careers might not have the longevity of others musicians. 'The way it used to be you started at the bottom and go up the ladder but I'm not sure that's better than anything else. I always hope the best […]