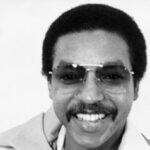 Former Delfonics singer Major Harris died in Richmond. He was 65 years old. The R&B, soul singer left the Delfonics in 1974 to go solo and record his hit 1975 song “Love Won’t Let Me Wait.” Before making a name for himself with the Delfonics in the early ’70s, Harris was a member of several groups including The Teenagers and Nat Turner’s Rebellion.

The Jackson 5 Complete Animated Series is coming to both DVD and Blu-Ray. The Jackson Five debuted on ABC on September 11, 1971 and was on the schedule until October 14, 1972. A total of 23 episodes were made by Rankin-Bass who were best known for Christmas specials like 'Rudolph the Red Nosed Reindeer,' 'Frosty the Snowman' and 'Santa Claus is Coming to Town' along with animated series for the Beatles and the Osmonds. While the original recordings were used, […]