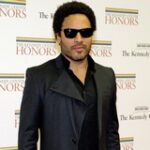 Marvin Gaye’s son doesn’t want Lenny Kravitz to portray his late father in a biopic he calls ‘shameful’.
Lenny has been tipped to play the Motown star in an upcoming film which is said to focus on Marvin’s life in the ’80s and his battle with drug abuse and depression. Son Marvin Gaye III is said to be against the making of the movie, which has the working title “Sexual Healing.”

Former Delfonics singer Major Harris died in Richmond. He was 65 years old. The R&B, soul singer left the Delfonics in 1974 to go solo and record his hit 1975 song "Love Won't Let Me Wait." Before making a name for himself with the Delfonics in the early '70s, Harris was a member of several groups including The Teenagers and Nat Turner's Rebellion.