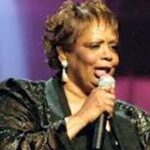 Fontella Bass had a massive hit in 1965 with ‘Rescue Me’. She died following a heart attack this week in her hometown of St Louis, Missouri. Fontella Bass spent four weeks at number one on the Billboard chart with ‘Rescue Me’ in 1965.
Fontella was born on July 3, 1940 and died on December 26, 2012. Her mother was gospel singer Martha Bass, of the Clara Ward Singers. She started her professional career at age 17 and soon after scored a gig with Little Milton as his piano player.

Sir Elton John and David Furnish visited the Philippines last week to give the gift of hearing to more than 400 children and adults in need. Sir Elton and David visited Manila with the Starkey Hearing Foundation to help fit the hearing aids allowing many of the recipients the chance to hear for the very first time. John and Furnish have been long-time supporters of the Starkey Hearing Foundation. Sir Elton has performed at their gala awards in 2004 and […]