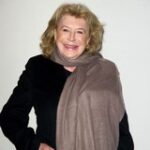 60s Rock star Marianne Faithfull was ‘too scared’ to go and see the Rolling Stones’ anniversary shows.
The musician dated the band’s frontman Sir Mick Jagger between 1966 and 1970. She planned to go and see Mick and his bandmates Keith Richards, Ronnie Wood and Charlie Watts celebrate their 50th year in the business recently, but pulled out at the last minute.
‘I was meant to go but I cancelled. I was on my own in London and I was scared to go to on my own. I’d hate being recognised. I can’t even say my name in public,’ she told Q magazine. ‘I’ve gone to fashion shows in New York and because I couldn’t bring myself to say, ‘My name is Marianne Faithfull and I have an invitation.’ I’ve actually turned around at the door and left. To hear those words coming out of my mouth would be so vulgar.’

R&B legend and "Lost 45s" guest Bobby Womack has announced that he was suffering from the early stages of Alzheimer's Disease, saying 'It's not bad yet but will get worse.' He issued a statement thanking his fans for the love and support they have shown since the announcement: "Thanks to all of my fans for their prayers and well wishes. I truly appreciate and can feel your love. With the support of many good doctors, my family, and all of […]