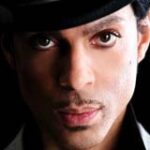 Billboard announced today that music legend Prince will be honored at their music awards this year, receiving the Billboard Icon Award and performing at the ceremony. Prince promised his fans that this year would be big, and now Billboard is doing their part by making 2013 the year they award Prince the coveted Billboard Icon Award at the May 19 ceremony.
Last year’s recipient of the award was Stevie Wonder, who received a multi-tiered tribute led by Alicia Keys. There’s no word yet on who will be involved in the tribute to Prince.

For the last two years, Kenny Loggins has been doing double duty, touring his own hits along with working on his new group, Blue Sky Riders. The trio also includes singer/songwriters Georgia Middleman, who has written songs recorded by Reba McEntire, Keith Urban and Faith Hill, and Gary Burr whose compositions include Love's Been a Little Bit Hard On Me (Juice Newton) and Make My Life With You (Oak Ridge Boys). The group started a couple of years ago when […]