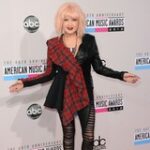 “Lost 45s” guest Cyndi Lauper says the secret to her success is ‘never stopping’. The 59-year-old music icon has been making hit records since the early ’80s, including “Girls Just Want to Have Fun” and “Time After Time.” She is currently starring in new reality TV series “Cyndi Lauper: Still So Unusual,” and believes she has remained popular because of her work ethic and self-belief.
‘I don’t think it’s a secret: I never stopped,’ she told Parade when asked how she has maintained longevity as a musician.

The British will always have a place in their heart for Classic Hits, voting The Beatles and Queen (71% each) as the bands that they are most proud of. With over 90 years experience between them, The Beatles and Queen have stood the test of time beating competition from relative newcomers Adele (48%) and Oasis (32%). Research shows that the bands' appeal isn't just limited to the older generations with 70% of 25-34 year-olds being proud of Queen and 68% […]