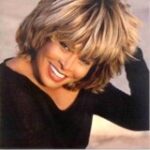 Tina Turner has been a resident of Switzerland for 18 years and is looking to make it permanent. The singer is going through the process of becoming a citizen of Switzerland where she has passed the written civics test and interviews and, according to her local newspaper, the local government has granted her request. The decision now goes to the state and federal authorities for final approval. A rep for the singer told Zuerichsee-Zeitung news that ‘Tina Turner will therefore also give back her U.S. citizenship.’
Later, Turner told the German paper Blick, ‘I am very happy in Switzerland and I feel at home here. I could not imagine a better place to live.’ Tina was born in Nutbush, TN and Jo Matherne, the mayor of Brownsville of which Nutbush is a part, showed concern about the decision. She told Fox News ‘I think anytime a person, whether they’re world-renowned or the most meek and mild, makes the decision to change their citizenship we need to step back and think what causes that decision.’ Um, maybe it’s the GUNS?!

"Lost 45s" guest Cyndi Lauper says the secret to her success is 'never stopping'. The 59-year-old music icon has been making hit records since the early '80s, including "Girls Just Want to Have Fun" and "Time After Time." She is currently starring in new reality TV series "Cyndi Lauper: Still So Unusual," and believes she has remained popular because of her work ethic and self-belief. 'I don't think it's a secret: I never stopped,' she told Parade when asked how […]