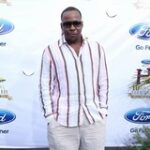 Bobby Brown has been ordered by a judge to spend 55 days in jail for driving under the influence. The 44-year-old singer was arrested for a DUI in Studio City, California in October. This was the second time he was apprehended in 2012 for the same of offence, as he was busted previously in March. Although Bobby initially pled not guilty to the charges, TMZ reports he changed his plea in court Tuesday to no contest.
In addition to the time he will spend behind bars, Bobby must complete an 18-month sobriety program.

Mrs. Lennon is 80-years old today. Yoko Ono was born in Tokyo on February 18, 1933. She met John Lennon at an art exhibition in 1965. They married in 1969. It was the second marriage for John and third for Yoko. Towards the end of The Beatles, John and Yoko formed the Plastic Ono Band. The first album was 'Live Peace In Toronto 1969' on The Beatles Apple label. The first single was 'Give Peace A Chance' In 1973, John […]