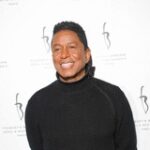 Jermaine Jackson used to tell his brothers to ‘hide under the bed’ if he brought a girl home. The singer made up The Jackson 5 with the late Michael Jackson and their brothers Tito, Jackie and Marlon. During their most successful time, the band were mobbed by fans wherever they went. Security would sweep the boys’ hotel rooms for eager fans, but sometimes Jermaine would manage to sneak a girl in. “Jermaine made Michael and I hide under the bed,” Marlon recalled to British newspaper The Guardian.
“We were little so we did as we were told… People [were] sleeping in the hallway. They’d crawl in between the floors through ventilation shafts to try to get to our rooms.” With all five boys in the same room, it wasn’t always the most romantic atmosphere.
The brothers were left devastated when Michael passed away in 2009. The controversy surrounding the singer was difficult for the rest of the band, who feel he was unfairly treated. “We are p**sed off,” Jermaine explained.
“And I’m going to tell you why. They accused my brother of those false allegations of child molestation. To hear them in court saying all those horrible things. They knew he didn’t do them, but they wanted to tear down his name and this family’s name.”

Bobby Brown has been ordered by a judge to spend 55 days in jail for driving under the influence. The 44-year-old singer was arrested for a DUI in Studio City, California in October. This was the second time he was apprehended in 2012 for the same of offence, as he was busted previously in March. Although Bobby initially pled not guilty to the charges, TMZ reports he changed his plea in court Tuesday to no contest. In addition to the […]