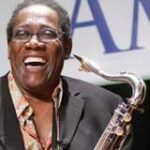 Clarence Anicholas Clemons, Jr., also known as The Big Man, was a prominent member of Bruce Springsteen’s E Street Band and described as ‘right hand man to The Boss. The tenor saxophonist died in June 2011 from what was reported to be a stroke. Although he suffered from a number of medical problems over the year, his passing came as a shock to most who knew him.
On Tuesday, Roger Friedman as Showbiz 411 reported that he had obtained copies of a lawsuit brought by Clemons family against three doctors at the Palm Beach Cancer Center, alleging that they took Clemmons off of needed blood thinners so that he could have carpal tunnel surgery on his hand without taking proper precautions by providing an intermediary method to keep his blood thin, possibly causing his fatal stroke.

Jermaine Jackson used to tell his brothers to 'hide under the bed' if he brought a girl home. The singer made up The Jackson 5 with the late Michael Jackson and their brothers Tito, Jackie and Marlon. During their most successful time, the band were mobbed by fans wherever they went. Security would sweep the boys' hotel rooms for eager fans, but sometimes Jermaine would manage to sneak a girl in. "Jermaine made Michael and I hide under the bed," […]