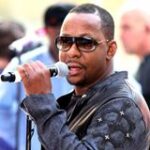 Bobby Brown must have been incredibly good during the nine hours that he was in jail, as that is what he ended up serving of his 55 day sentence for DUI. The singer went into the Los Angeles County Jail at 9:58 AM on Wednesday, according to TMZ, and was released just nine hours later. That time served would probably come as a surprise even to a spokesman for the L.A. Sheriffs Department who predicted that he would serve nine days of the 55 day sentence. The problem is not a lax judicial system but an overcrowded jail situation.

Sad news today, another of the great voices of R&B has been stilled. Bobbie Smith, the lead singer for The Spinners from their inception in the late 50′s, passed away from complications from influenza and pneumonia over the weekend in Orlando. Smith, who was 76, lent his smooth tenor to that memorable run of Thom Bell produced hits on Atlantic Records in the 1970′s, including “I’ll Be Around,” “Could It Be I’m Falling in Love,” “Games People Play” and “Then […]