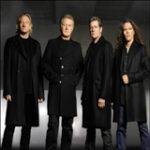 The Eagles have announced that they will be touring behind their new documentary, History of the Eagles, beginning July 6 in Louisville, KY. The first eleven dates for the tour were named on Thursday with additional shows to be announced in the near future. The current leg runs through the end of July. The band, Don Henley, Glenn Frey, Joe Walsh and Timothy B. Schmidt, will be performing both the band’s hits and songs from each of their solo catalogs

Bobby Brown must have been incredibly good during the nine hours that he was in jail, as that is what he ended up serving of his 55 day sentence for DUI. The singer went into the Los Angeles County Jail at 9:58 AM on Wednesday, according to TMZ, and was released just nine hours later. That time served would probably come as a surprise even to a spokesman for the L.A. Sheriffs Department who predicted that he would serve nine […]