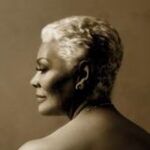 Singer Dionne Warwick has been forced to file for bankruptcy over $1 million in taxes the IRS says that she owed the government. The debt goes back to the 90s and was originally valued by the government at $2.2 million. Her attorney, Daniel Stolz, told Rolling Stone ‘Ms. Warwick had a business manager who mismanaged her affairs. She’s actually paid more than the face amount of the taxes, but with all of the crazy interest and penalties that they add, the number kept mushrooming ‘even though she paid off the amount that she owed in terms of the actual taxes.’

The Eagles have announced that they will be touring behind their new documentary, History of the Eagles, beginning July 6 in Louisville, KY. The first eleven dates for the tour were named on Thursday with additional shows to be announced in the near future. The current leg runs through the end of July. The band, Don Henley, Glenn Frey, Joe Walsh and Timothy B. Schmidt, will be performing both the band's hits and songs from each of their solo catalogs