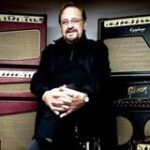 Phil Ramone, who produced some of the greatest albums of the 20th Century, has died on Saturday after being admitted to a Manhattan hospital for a brain aneurysm. He was 79 (although some sources are listing his age at 72).
Ramone’s production credits include Barbra Streisand’s A Star Is Born, many Billy Joel albums, Paul Simon’s There Goes Rhymin’ Simon and Still Crazy After All These Years and Paul McCartney’s Press To Play and Flowers In The Dirt along with albums for Frank Sinatra, Chicago, Natalie Cole, Tony Bennet, Neil Diamond, Julio Iglesias, Elton John, Michael Bolton, Liza Minelli, James Taylor and Van Morrison.

Singer Dionne Warwick has been forced to file for bankruptcy over $1 million in taxes the IRS says that she owed the government. The debt goes back to the 90s and was originally valued by the government at $2.2 million. Her attorney, Daniel Stolz, told Rolling Stone 'Ms. Warwick had a business manager who mismanaged her affairs. She's actually paid more than the face amount of the taxes, but with all of the crazy interest and penalties that they add, […]