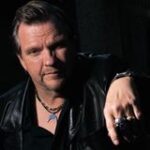 Meat Loaf said late last year that he was touring as a final goodbye to his fans with “The Last Bat Tour.” Some took him seriously while some thought it was a bit of grandstanding. The singer confirmed his original stance recently said, “This is really it. I just don’t want to travel anymore. I outweigh Mick Jagger by about 100 pounds and that counts for something. He hasn’t seen the wear and tear.”
Of course, it’s the smart person who leaves just a little room for the future. Meat said there was always the possibility of becoming yet another performer to make the Las Vegas stage their home.

Phil Ramone, who produced some of the greatest albums of the 20th Century, has died on Saturday after being admitted to a Manhattan hospital for a brain aneurysm. He was 79 (although some sources are listing his age at 72). Ramone's production credits include Barbra Streisand's A Star Is Born, many Billy Joel albums, Paul Simon's There Goes Rhymin' Simon and Still Crazy After All These Years and Paul McCartney's Press To Play and Flowers In The Dirt along with […]