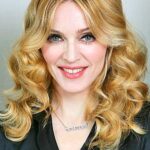 The Billboard Music Awards, which give out trophies for the biggest selling, streaming, etc. music, just announced their nominees. Because they are based on popularity, the list is full of artists who have received huge amounts of airplay vs. those that may be artistically sound but haven’t crossed into the mainstream. For veteran artists, Madonna is in the lead with three (Touring Artist, Dance Artist, Dance Album), Bruce Sprinsteen for two (Touring Artist, Rock Artist) and Roger Waters and Lionel Richie one each (Touring Artist and Country Album, respectively).

Folk singer Richie Havens, the opening act at the 1969 Woodstock music festival, died Monday of a sudden heart attack, his publicist said. He was 72. Havens, who retired three years ago, toured for more than 30 years and recorded 30 albums. After Havens, a Brooklyn, New York, native, gained attention at Woodstock, he recorded a soulful-voiced cover of the Beatles' "Here Comes the Sun," which rose on the pop charts in 1970. Havens returned to Woodstock for the 40th […]