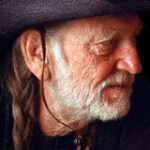 Willie Nelson turned 80-years old on April 30 and the partying will probably last the rest of the year. He received messages from his famous friends Bono, Steven Tyler, Ringo Starr and Barbra Streisand. Willie has just released his new album ‘Lets Face The Music And Dance’. The album was produced by Buddy Cannon and recorded at his Pedernales studio in Austin.

A stellar line-up of artists are set to play Boston Strong: An Evening of Support and Celebration at the TD Garden on May 30. Lined up for the night is Aerosmith, Boston, James Taylor, Carole King, Jimmy Buffett, J. Geils Band, New Kids on the Block, Godsmack, Extreme, Steven Wright and Dane Cook, plus more are expected to be added in the coming days. Donnie Wahlberg of NKOTB, a native of Boston, said 'Like so many other proud Bostonians who […]