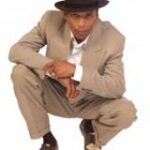 Clarence Burke, Jr., a founding member of the legendary family group The Five Stairsteps (“Ooh Child”) and later the creator (with his brothers) of the disco-fund group The Invisible Man’s Band, has reportedly died at age 62. Causes of Burke’s death have not been released.
Burke hit the mountaintop with both groups, selling millions in 1970 with “Ooh Child” as part of the Stairsteps, and later topping the dance charts with the infectious “All Night Thing” with the Invisible Man’s Band (a song that Burke wrote and produced).

Brian May thinks The Voice is an 'insult to music'. The Queen guitarist blasted the TV talent show which has editions across the world, including the United Kingdom, America and Australia. The 65-year-old feels that the program is disrespectful to performers because of its format. 'Sorry, hate to be negative but "The Voice" is the dullest, dumbest, most depressing show on TV,' he wrote on his website. 'It's the ultimate insult to music and to performers.' The musician feels bad […]