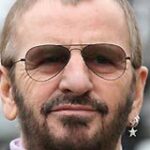 Ringo Starr proudly announces the upcoming release of PHOTOGRAPH, a collection of never-before-seen material, including photos taken by Ringo as well as exclusive images from his own personal archives. The material will first be published as an ebook on June 12 2013 in conjunction with the Grammy Museum Exhibit, ‘Ringo: Peace & Love’, where select images from the book will be displayed. A limited-edition hand-bound book, signed by Ringo Starr, will follow in December 2013. “These are shots that no one else could have.” says Ringo
.
Ringo shares forgotten photographs of his childhood home, family holidays and all-night parties on his road to stardom. He candidly captures his Beatles bandmates in pensive and playful moments: washing, eating, recording, smoking, drinking and playing monopoly. Pictures of ‘the boys’ are joined by Ringo’s travel photography, taking you inside the car with The Beatles as they toured the world. His photographs and stories portray four lads from Liverpool, trying to live normal lives amidst the frenzy that surrounded them.

Clarence Burke, Jr., a founding member of the legendary family group The Five Stairsteps ("Ooh Child") and later the creator (with his brothers) of the disco-fund group The Invisible Man's Band, has reportedly died at age 62. Causes of Burke's death have not been released. Burke hit the mountaintop with both groups, selling millions in 1970 with "Ooh Child" as part of the Stairsteps, and later topping the dance charts with the infectious "All Night Thing" with the Invisible Man's […]