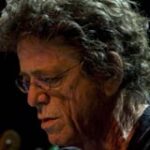 Rock legend Lou Reed is recovering after a liver transplant that, according to wife Laurie Anderson, saved his life. The 71-year Reed agreed to be admitted to the Mayo Clinic in Cleveland, Ohio after rejecting New York hospitals because he claimed were ‘dysfunctional’. Reed cancelled five dates in April including his Coachella appearance because of his condition. Anderson has now admitted that Reed had been placed on life-support.

Janet Jackson likes to keep 'meticulously clean' when she is flying, it has been reported. The singer recently boarded a British Airways flight from London to Los Angeles and spent some time wiping her seating area down with antibacterial spray, reports New York Post. It has been claimed that Victoria Beckham was also travelling in the first class section of the plane as Janet began to clean up. 'Janet had anti-bacterial spray, and was pulling one tissue out of a […]