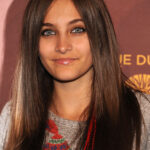 Paris Jackson, the 15-year-old daughter of Michael Jackson, was rushed to a hospital early Wednesday morning, sources close to the Jackson family told CNN. Katherine Jackson’s personal lawyer told CNN that Paris “is OK.”
“Being a sensitive 15-year-old is difficult no matter who you are,” attorney Perry Sanders said Wednesday morning. “It is especially difficult when you lose the person closest to you. Paris is physically fine and is getting appropriate medical attention. Please respect her privacy and the family’s privacy.”
Other Jackson sources stopped short of calling the incident a suicide attempt, although one suggested it might be “a cry for help” from the teenager.

After ten years of live albums, re-releases of his catalogue and lute music, Sting is finally returning to the studio to record a new material. "The Last Ship" is scheduled for release this fall according to the New York Times. The songs are from a musical that Sting is writing for a possible 2014 Broadway run about the shipyard in his hometown of Wallsend, England. Sting has been writing the songs for over three years with collaborators John Logan, who […]