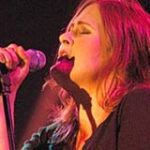 Alison Moyet will receive this years Silver Clef Award from Nordoff Robbins. The oldest of the award given by the organization, it dates back to 1976 when The Who were honored and has been presented yearly with the winners spanning the greats of British music. Recent winners have included Kylie Minogue, Annie Lennox and Sharon & Ozzy Osbourne.
David Munns, the chairman of Nordoff Robbins, said of Moyet, “Alison is a true ‘Icon’. With a career spanning three decades, she is a huge talent and an inspiration to female singers and songwriters the world over. Alison is a legend who is revered across the music industry. We are honored to have her receive an award.”
Moyet said of the award “I am honored to be receiving the Investec Icon Award from Nordoff Robbins ‘ a charity who use music to literally transform thousands of lives. I’ve admired their work for many years and it feels really special to be recognized by them as an ‘Icon’.”
Moyet’s career started her career as part of the duo Yazoo (Yaz in the U.S.) with former Depeche Mode member Vince Clarke. When the group broke up, Moyet embarked on a solo career that has included eight albums, all of which have made the U.K. top 25. Her latest, the minutes, peaked at number 5 in the U.K. and will be released in the U.S. tomorrow.

Spandau Ballet is planning on some special shows with a full orchestra. "Lost 45s" guest Tony Hadley told the show BBC Breakfast 'We're going to orchestrate Spandau's greatest hits plus a couple of obscure numbers that I probably haven't sung in 30 years. It's going to sound beautiful, lush; but it's going to sound big!' Anne Dudley, who has also worked with ABC and Frankie Goes to Hollywood, is conducting and doing many of the orchestrations. Hadley says that the […]