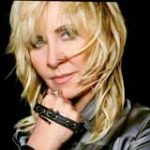 A singer, actress and businesswoman, it seems there is nothing Lulu cannot do, and now she has announced a rare headline show in London on October 4th. Following a critically acclaimed performance at BB King’s in New York last month (‘The wall-to-wall crowd couldn’t get enough’ NY Times), Lulu will be bringing her band for what will be the global star’s first headline show in London for almost 10 years. This exclusive one-off show will see Lulu performing a rock and soul influenced set featuring music from a range of artists that have inspired her over the years such as the likes of Otis Redding, Al Green, Joe Cocker and Eric Clapton.
‘I can’t wait to get on stage with my band at Under The Bridge. It’s just me and my favorite musicians playing songs that I grew up with and that mean the most to me – a real back to my roots and back to the music – all in a great venue.’ Lulu
It was the sixties when Lulu first burst onto the scene at the tender age of 15 with the mega, definitive and enduring Shout. Since then she has topped the charts in every decade, working over the years with some of the greatest talents of our time from Jimi Hendrix, Johnny Cash and The Beatles to Elton John, David Bowie and Paul McCartney. Also an accomplished actress, her film debut was in the cult classic “To Sir With Love,” breaking hearts all over the world with her plaintive rendition of the title song.

Rod Stewart's children are his "fountain of youth". The 68-year-old British singer has six adult offspring and shares two small tykes with his wife Penny Lancaster. Alastair, seven, and two-year-old Aiden always expect Rod to get involved in their games, no matter how energetic. Rod regularly plays soccer with the older lad, even though he has knee problems. 'He comes home from school and says, 'Dad, let's go!' Then I have a stretch and go play,' Rod told People magazine. […]