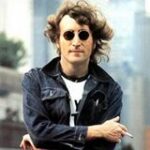 For those of you with $22,500,000 to splurge on a home should look no further than this fine specimen: Kenwood, a three-floored, mock-Tudor mansion on the exclusive St. George’s Hill Estate, in Weybridge, Surrey, England, was built in 1913 by local builders, Love & Sons.
John Lennon bought the property in July 1964 after being advised by The Beatles’ accountants. He spent more than double the purchase price renovating the house, including an master bathroom complete with sunken bathtub and Jacuzzi, and an outdoor swimming pool. He lived there with his first wife Cynthia and son Julian until 1968, when Cynthia arrived home early from a holiday in Greece to discover that he had moved Yoko Ono in.
It has changed hands several times. There is a rumor that each time it was sold due to divorce ‘and internally bears little resemblance to when Lennon resided there, writing Beatles classics including ‘Day Tripper’ and ‘In My Life’. Paul McCartney got the idea for ‘Hey Jude’ whilst driving out to Kenwood to visit Cynthia and Julian shortly after her divorce.

A singer, actress and businesswoman, it seems there is nothing Lulu cannot do, and now she has announced a rare headline show in London on October 4th. Following a critically acclaimed performance at BB King's in New York last month ('The wall-to-wall crowd couldn't get enough' NY Times), Lulu will be bringing her band for what will be the global star's first headline show in London for almost 10 years. This exclusive one-off show will see Lulu performing a rock […]