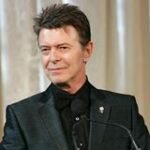 Bryan Fuller, the creator of the “Hannibal” TV series, says he has invited David Bowie to appear in the next season. In an interview with “E” News Fuller said ‘We have reached out to David Bowie to see if he’s interested and available. We would love for him to play Hannibal’s uncle, who is a character from the literature and in the books.’ Bowie is yet to respond to the offer.

Simon and Schuster Children's Books today announced a worldwide publication agreement with Ringo Starr for a picture book edition of his famous Beatles hit, "Octopus's Garden," 45 years after the song was first written. The book will be published as a stunning hardback edition plus CD, with audio content to include an original, previously un-heard music track from Ringo and a reading of the story. Ringo Starr gave the following message for fans: 'It gives me great pleasure to collaborate […]