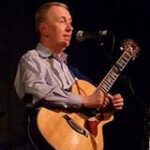 Multi-platinum selling folk-rock star, and “Lost 45s” guest, Al Stewart, has joined the fight to save a West Yorkshire, England pub after hearing of the residents’ campaign to transform the boozer into a community hub.
The California-based 70s singer who took to the stage at the world’s first Glastonbury festival is holding a special gig to raise funds for an action group set up to rescue the Holywell Inn, in Holywell Green after hearing of the locals’ plight.

Bryan Fuller, the creator of the "Hannibal" TV series, says he has invited David Bowie to appear in the next season. In an interview with "E" News Fuller said 'We have reached out to David Bowie to see if he's interested and available. We would love for him to play Hannibal's uncle, who is a character from the literature and in the books.' Bowie is yet to respond to the offer.