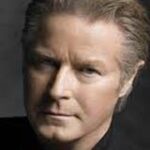 The Eagles will open their History of the Eagles Tour on Saturday night in Louisville, KY and one former member will be included while another almost made the trek. Don Henley spoke with the Milwaukee Journal Sentinal on a variety of subjects including his current relationship with three former band members.
Bernie Leadon is on the tour and, if not for an unfortunate accident, Randy Meisner might also had come along. “Bernie Leadon is definitely on this tour. Randy Meisner, if he were healthy and willing, might have been included, too, but his current health will not permit. We are all wishing him well.”
Meisner’s situation was first reported on April 3 by Rusty Young of Poco who wrote on the Poco website: “Some of you may have heard that Randy Meisner is in a California hospital and you’re concerned. I just talked to his wife Lana and want to give you guys the latest. Randy was at home when something he was eating obstructed his breathing and he lost consciousness. Lana rushed him to the emergency room where he got immediate care. Things are going to be a little rough for Randy for a while, but his doctors are optimistic he’ll recover from this incident. If you can, say a little prayer or just send love Randy’s way.”
Don Felder is an entirely different matter. When asked about a moment in the recent Eagles documentary when Felder almost came to tears talking about his dismissal from the band. Henley commented “Well, that was a poignant moment, for sure – if it was real – but since Mr. Felder continues to engage in legal action, of one kind or another, against us, I can’t really say anything further about it.”
Henley also commented that this might be the last hurrah for the Eagles. “…by the time we get through this tour, it’ll be 2015 and we’ll all be in our late 60s. It’s been an incredible experience for all of us, but it may be time to say adios and bow out gracefully.”

Herb Alpert and Allen Toussaint are among the luminaries to be awarded the 2012 National Medal of the Arts during a ceremony that will be held on Wednesday (July 10) at the White House. The 2012 awards were never given out last year. This is the first time that the honor had not been bestowed since its inception in 1984. Alpert is being honored 'for his varied contributions to music and the fine arts. The musician behind the Tijuana Brass […]