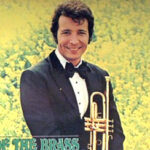 Herb Alpert and Allen Toussaint are among the luminaries to be awarded the 2012 National Medal of the Arts during a ceremony that will be held on Wednesday (July 10) at the White House. The 2012 awards were never given out last year. This is the first time that the honor had not been bestowed since its inception in 1984.
Alpert is being honored ‘for his varied contributions to music and the fine arts. The musician behind the Tijuana Brass phenomenon and co-founder of A&M Records, which launched several storied careers, Mr. Alpert is also a philanthropist who shares the power of arts education with young people across our country.’
Toussaint was named ‘for his contributions as a composer, producer, and performer. Born and raised in New Orleans, Mr. Toussaint has built a legendary career alongside America’s finest musicians, sustaining his city’s rich tradition of rhythm and blues and lifting it to the national stage.’

Paris Jackson needs to learn "there are rules", says her uncle Jermaine Jackson. The 15-year-old daughter of Michael Jackson is currently in the hospital after attempting suicide last month. It has been claimed that Paris has struggled to cope following the death of her father, and had a strained relationship with her guardian grandmother Katherine Jackson. Jermaine was quizzed on Paris' situation yesterday and seemed to suggest that the teenager has a lot to discover about becoming an adult. "[Paris] […]