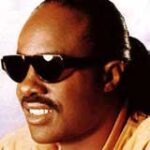 In the wake of the Trayvon Martin verdict in Florida, Stevie Wonder has made the decision to avoid Florida and all other ‘Stand Your Ground’ states until the laws are changed. Wonder was performing in Quebec when he told the audience ‘The truth is that, for those of you who’ve lost in the battle for justice, wherever that fits in any part of the world, we can’t bring them back. What we can do is we can let our voices be heard. And we can vote in our various countries throughout the world for change and equality for everybody. That’s what I know we can do.
‘I decided today that until the Stand Your Ground law is abolished in Florida, I will never perform there again. As a matter of fact, wherever I find that law exists, I will not perform in that state or in that part of the world.’

Aretha Franklin has once again postponed her hometown show at Detroit's DTE Energy Music Theatre, citing ongoing medical treatments. It has never been revealed what the reason is for the current treatments, only that there have been a series of them and that she is nearing the end. Franklin's publicist issued a statement for the singer where she says she is postponing the concert until next summer due to a 'my miscalculation of the end of my treatment.' She went […]