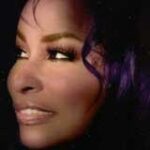 Following in the footsteps of fellow R&B stars Stevie Wonder and Dionne Warwick, Chaka Khan has said that she will be boycotting the state of Florida. Khan recently talked with the Huffington Post, saying that the Trayvon Martin trial “was a travesty. Racism is still very much alive and well in this country. It has gone to more of a cerebral state. But it’s alive and well. The new slavery is keeping black men in jail.
“I am boycotting Florida. I had a booking there last week and I cancelled it. But if any tribute comes up I’ll do it. Absolutely.”
She also went on to address the spate of gun violence in her hometown of Chicago where she is about to have a street named after her, saying that the situation is insane and blaming much of the problem on gangs and the fact that kids have nothing to do after school “if they go to school. And if they don’t, I can’t really blame them. The school system sucks.”

Mick Jagger turned 70-years old today and after 50 years still has the same job he had when he was 19. The lead singer of the Rolling Stones has spent the best part of the last 12 months celebrating the 50th anniversary of his band but today has his own celebration. Jagger was born Michael Phillip Jagger on July 26, 1943 in Dartford, Kent, England. His father Basil was English but his mother Eva was Australia. Eva Scutts was born […]