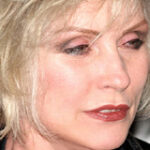 After band drummer Clem Burke told Britain’s Daily Mail that the group has been talking about ending it for over a year with Harry concerned about her age, she has released an official statement refuting any claims of quitting.
Clem Burke said “Debbie is 11 years older than the rest of us, so it’s on her mind. We’ve tried to keep it going for as long as possible, but it’s not just up to me. Nothing is finalised yet, but obviously there’s no Blondie without Debbie Harry.”
The official statement from Blondie, reads as follows:
“In relation to the recent news articles regarding Blondie breaking up: We want to clarify this rumour has no truth in it what so ever. We are still very much working together as a band on new music, plans for the future, and look forward to seeing our fans on tour around the globe.”

(AP) Rumors are swirling that late greats Michael Jackson and Freddie Mercury are set to be featured on an album of duets to be released this fall. According to The Huffington Post, "Mercury's former Queen bandmates, Brian May and Roger Taylor, broke the news" of the collaboration to The Times of London and that "something for folks to hear" will be available in two months. Three tracks were originally recorded in 1983 in Encino, Calif., but according to Mercury's manager […]