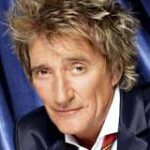 In celebration of the 50th performance of “Rod Stewart: The Hits.”, Rod Stewart today announced that he will extend his original two year contract at The Colosseum at Caesars Palace and will return with his critically acclaimed show “Rod Stewart: The Hits.”for two more years beginning this fall.
As the two-time Rock and Roll Hall of Famer wraps his summer run of performances this week, nine new November concerts have been added from November 6 through 24.
“I’m thrilled to add another two years,” said Stewart. “The Colosseum at Caesars Palace is literally one of the best venues in the entire world; there’s not a bad seat in the house and it sounds great — I love it there.”

After band drummer Clem Burke told Britain's Daily Mail that the group has been talking about ending it for over a year with Harry concerned about her age, she has released an official statement refuting any claims of quitting. Clem Burke said "Debbie is 11 years older than the rest of us, so it's on her mind. We've tried to keep it going for as long as possible, but it's not just up to me. Nothing is finalised yet, but […]