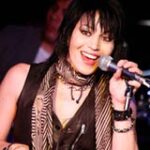 Joan Jett and her band, the Blackhearts, are releasing their first album in seven years with “Unvarnished,” out October 1 on Blackheart Records. Jett has said in a statement that the album is the most autobiographical she has ever released. Look for the band to perform the first single, “Any Weather,” next Thursday (August 8) on Jimmy Kimmel.
Jett is looking for her first charting album since 1990’s “The Hit List.” Since that time, she has released six studio albums including her last, 2006’s “Sinner.”

Jimmy Buffett has a new studio record, "Songs From St. Somewhere," scheduled for release August 20 on his own Mailboat Records. The album, with 15 brand new songs plus a bonus track, was recorded this spring in various locales including Key West, Nashville, Muscle Shoals, Austin, Miami, St. Barts and London. In the liner notes, Jimmy says: "The island where much of the work on this record was done is St. Barthelemy.' Jimmy wrote or co-wrote eleven songs on this […]