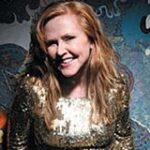 T’pau are thrilled to announce their first London headlining show in over 15 years. The “Heart & Soul” group will end an incredible year of touring with a performance at Islington Assembly Hall on November 23rd.
Spring 2013 saw T’pau begin a 28-date nationwide tour to mark the 25th Anniversary of the band’s breakthrough album, the quadruple platinum selling “Bridge Of Spies.”
Carol Decker and co-founder, Ron Rogers, and their band couldn’t have dreamt that their amazing run of knock-out shows would culminate in a packed-to-the-rafters performance at the iconic Isle Of Wight Festival.
T’pau’s return to the live arena has received rave reviews up and down the country and the London show, which will be their final one of the year, is not to be missed.

Reggae/Pop band UB40 have been forced to postpone their upcoming UK tour of after drummer Jimmy Brown was diagnosed with a wrist injury. Brown has been told he was suffering from RSI in his wrists. RSI is repetitive stress or repetitive strain injury, an inflammation of the muscles and/or nerves in the wrist due to repetitive motion, vibrations or forceful exertion, a virtually complete list of the actions taken when drummers play. The band's management issued a statement saying "UB40 […]