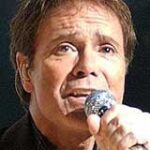 England’s biggest music star, Cliff Richard, will deliver a one-two punch on November 11th in the U.K. with the release of his 100th album, “The Great Rock & Roll Songbook” and the DVD “Still Reelin’ and A-Rockin'”
The album features fifteen early rock songs that inspired and influenced Richard over his lengthy career.
The DVD features a new band and was recorded at the Sydney Opera House in Sydney, Australia. The show includes over two-hours of Richard’s biggest hits.

Sister Sledge are internationally known for their hit "We Are Family" which was sung by Kathy Sledge, one of four sisters that made up the act. In 1989, Kathy Sledge left the group, while the rest of the group continued performing. The current version of Sister Sledge has recently sued sister Kathy over her continued use of the group's name in promoting her own shows. The suit, filed in early-July, says that Kathy and her organization and management had billed […]