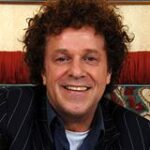 Musical legend, Leo Sayer, celebrates an incredible 40 years in music with the release of a landmark 40th Anniversary box set, “Just A Box: The Studio Recordings” set or release in October, alongside a special anniversary “Silverbird” tour of the UK throughout November.
Spanning four spectacular decades, the box set comprises an astounding 162 tracks across 14 discs traversing recordings from 1973 to 2005; a classic album collection worth owning. Step back 40 years to 1973…Leo Sayer releases his debut album entitled, “Silverbird.” The cover of this iconic record pictured Leo posed as the character Pierrot (the sad clown). During a tour with Roxy Music in October that year, Leo performed on stage with this image. “Silverbird” went to No.2 in the UK album charts, as did the single “The Show Must Go On”–which became an American Top 5 smash when covered by Three Dog Night.
The 2013 tour celebrates the anniversary 40 years later of that moment and the global success Leo has achieved since then, which include international No 1’s with “You Make Me Feel Like Dancing,” “When I Need You” and “Thunder In My Heart.”

Queen guitarist Brian May has hinted that the band are considering making a full album from unreleased recordings featuring their late singer, Freddie Mercury. The band, which also features drummer Roger Taylor and now retired bassist John Deacon last released new music featuring Mercury in 1995, when the singer's final recordings were paired up with archive tracks and restructured versions of his solo songs for the album "Made In Heaven." At the Freddie For A Day event in Mayfair this […]