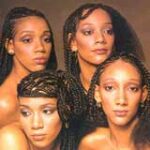 Sister Sledge are internationally known for their hit “We Are Family” which was sung by Kathy Sledge, one of four sisters that made up the act. In 1989, Kathy Sledge left the group, while the rest of the group continued performing.
The current version of Sister Sledge has recently sued sister Kathy over her continued use of the group’s name in promoting her own shows. The suit, filed in early-July, says that Kathy and her organization and management had billed an Australian tour and other dates as ‘Sister Sledge Featuring Kathy Sledge’ and ‘Kathy Sledge of Sister Sledge’ which is an infringement of the trademarked group name which is owned by the plaintiffs.
The suit goes on to say that the current group and name owner had offered to reunite with Kathy but was turned down. Sister Sledge alleges that Kathy’s incorporating of the group’s name into her billing causes confusion with the general public and that they have no control over the ‘quality’ of the performance being done under their name which could lead to harming of their legacy.
The group is seeking a permanent injunction against Kathy Sledge stopping her from using the group’s name along with profits derived from the name and damages. No projected amount was offered.

Musical legend, Leo Sayer, celebrates an incredible 40 years in music with the release of a landmark 40th Anniversary box set, "Just A Box: The Studio Recordings" set or release in October, alongside a special anniversary "Silverbird" tour of the UK throughout November. Spanning four spectacular decades, the box set comprises an astounding 162 tracks across 14 discs traversing recordings from 1973 to 2005; a classic album collection worth owning. Step back 40 years to 1973...Leo Sayer releases his debut […]