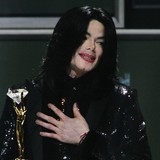 Quincy Jones is suing Michael Jackson’s estate over unpaid royalties. The music legend has filed legal documents against Sony and Michael Jackson Productions alleging he is owed $10 million for the use of tracks from the late singer’s solo albums Off the Wall, Thriller and Bad, all of which he produced.
According to TMZ, Jones accuses the firms of scheming to remix the original tracks before using them in the 25th Anniversary of the Bad album, the This Is It movie and a Cirque du Soleil show choreographed around Michael’s music.
A spokesperson for the Michael Jackson estate has denied the allegations. “The Estate of Michael Jackson was saddened to learn that Quincy Jones has filed a lawsuit seeking money from Michael’s Estate,’ Howard Weitzman told the outlet. “To the best of our knowledge, Mr. Jones has been appropriately compensated over approximately 35 years for his work with Michael.”

Dolly Parton was hospitalized after being involved in a car crash. The 67-year-old country music icon was rushed to the emergency room in Nashville, Tennessee quickly after the Monday morning accident took place. A police department source from Nashville tells TMZ that Dolly was riding as a passenger while her friend Judy Ogle was suddenly 'struck by another vehicle'. According to the website 'Ogle was not to blame for the collision', but full details have not yet been released.