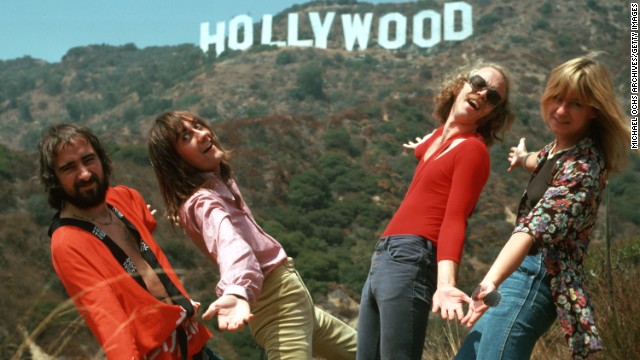 Fleetwood Mac co-founder John McVie has been diagnosed with cancer, forcing the group to cancel upcoming shows on its world tour. The band just completed the European leg of the tour and had been scheduled to perform 14 shows in Australia and New Zealand in November and December.
An announcement on the band’s Facebook page did not disclose details about McVie’s cancer, only saying that the 67-year-old is “now scheduled to be in treatment for cancer during that period of time.”
“We are sorry to not be able to play these Australian and New Zealand dates,” the announcement said. “We hope our Australian and New Zealand fans as well as Fleetwood Mac fans everywhere will join us in wishing John and his family all the best.”
Original members of the group — including Lindsey Buckingham, Mick Fleetwood, John McVie and Stevie Nicks — returned to touring last April after a three-year break from the road. They toured the United States first, then traveled to Europe.
Their classic 1977 “Rumours” album was rereleased earlier this year with unreleased studio and live tracks. John McVie and Mick Fleetwood started the group in 1967.

Lou Reed passed away on Sunday. The New York City born and bred musician was 71 years old. He was the founder of the seminal avant-garde band The Velvet Underground who influenced a generation of rock stars, died Sunday at 71. No official cause of death was announced, but the hard-living icon underwent a liver transplant in May. Reed is best known for 1973 hit 'Walk on the Wild Side,' but his body of work over a nearly 50-year career […]