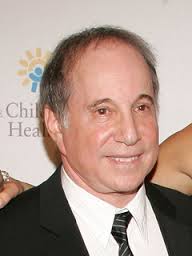 Paul Simon and Sting will go on the road starting February 8, 2014 with the “Paul Simon and Sting: On Stage Together Tour.”
In the history of superstar act touring together, this has to be one of the biggest double act since Elton John and Billy Joel got together on stage.
While the official announcement and dates will not be made until tomorrow, it is known that the tour will include a March 4 date at Madison Square Garden in New York. The initial announcement is expected to include eighteen dates with more possible.
Billboard reports that the tour will be much like that of Elton John and Billy Joel where each artist will play a solo set and then will duet on each other’s music at the end of the show. Each will be performing their sets with their own bands. Tickets for Paul Simon and Sting: On Stage Together will go on sale Wednesday morning.

The classic 'Imagine' would become John Lennon's signature song but when it was written neither he nor Yoko expected it to be as big as it would become. In an interview with Australia's Derryn Hinch Yoko explained, 'When that song was made we never thought it would spread so widely but I'm so glad it did'. The song was released in 1971 just after the break-up of The Beatles. Millions of Beatles' fans blamed John and Yoko's relationship for the […]