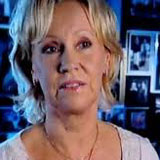 Before anyone starts booking flights and reserving rooms, keep in mind that rumors like this come up quite often and yet nothing occurs….but here we go again. Agnetha Faltskog, one fourth of the group ABBA, has told a German newspaper that a reunion of the group for the 40th anniversary of their commercial breakthrough is “something we’re thinking about.”
Faltskog has been one of the main sticking points to any reunion due to her private lifestyle along with an aversion to fly; however, the success of her 2013 album led her back to public eye.
On April 6, 1974, the band ABBA hit huge when they performed the winning song, “Waterloo,” on the broadcast of the Eurovision Song Contest. A year earlier, they had hit the top ten in Australia with “Ring, Ring” but “Waterloo” was a totally different creature, going to number 1 in Germany, Ireland, the Netherlands, Norway and Britain, 2 in Australia and 6 in the U.S.
In an interview with Germany’s Welt am Sonntag, Faltskog said (translated) “There seem to be plans to do something to mark this anniversary in some way. But I can’t say at this point what will come of them.” Agnetha also said she doesn’t want to dwell on a possible reunion “That eats up too much energy. Don’t just think about it, just do it. We’re all getting older. I can’t imagine going onto the stage on crutches. I dream often lately of the other three members of ABBA. They are good dreams. … ABBA is a big part of all of us still.”

Paul Simon and Sting will go on the road starting February 8, 2014 with the "Paul Simon and Sting: On Stage Together Tour." In the history of superstar act touring together, this has to be one of the biggest double act since Elton John and Billy Joel got together on stage. While the official announcement and dates will not be made until tomorrow, it is known that the tour will include a March 4 date at Madison Square Garden in […]